Stats: 48 inches tall and 50-something pounds. Doing light reading, mostly about cats, and rats, and hats. Is crazy for playgrounds still, and likely would be upside down at least half the day if it were possible. (It is not.)

Dude had a quiet birthday. He has a cold, which isn't helping, and we just got back from Christmas in St. Louis, so everyone is kind of bushed. He asked to go visit the local bouncy house, so we went. It was very crowded, and he got into a kerfluffle with a kid. I didn't actually get to see what happened. I only got to witness a clueless woman yelling into his face and shaking her finger at him, telling him he needed to "be good." When I asked her what happened, she responded that Kurt "was hitting ALL the kids…EVERYONE…even staff." When I scooped him up and questioned the nearby staff member (who knows us), said staff member denied this. In short, this was a learning opportunity for absolutely no one, and we slunk out with the promise of coming back on a weekday.  (I'm kind of envious of moms who see a kid causing trouble and immediately assumes the kid lacks discipline, or is just being a little shit. Ignorance is bliss.) We went home for cupcakes, presents, and Mickey Mouse Clubhouse, and all was well.

Kurt is…funny, for lack of a better word. He's obviously different from other kids of his age, and those differences are becoming more and more casually noticeable with each year. Yet he's doing so many awesome, unexpected things.

If you have kids who have iPads, you may have heard of the Talking animals apps (My Talking Tom and My Talking Angela are cats, but there's a kitten named Ginger, a dog named Ben, etc.). These are annoying apps that let you feed and dress your virtual animal, play games, and make little videos of your pet saying and doing whatever. (I do not recommend, but I am trapped. This too shall pass.) Kurt recently decided we need to start calling him Tom, and start calling Maria Ginger and Jeff Ben and me Angela.

He stays in character, too. In St. Louis we went to the City Museum again this year, and again, it was truly awesome. But we abandoned all hope of following Kurt through the tiny, intricate tunnels. I knew approximately where he was at all times, and more importantly, he was wearing a neon yellow shirt that said on the back I have autism. If lost, please call this number. So, I was sitting outside the whale caves when I got the call.

So, it turns out "Tom" had found his way to the ten story slide, and while he was technically tall enough to ride it, the attendant just wanted to double check that he wasn't being missed. When I arrived on the scene he lit up when he saw me. "Are you Angela?" the attendant said.

Apropos of nothing he has made it a point to remind me that "Angela lost Tom" repeatedly since then.

Here is what I got when I tried to take a picture of him in the birthday hat: 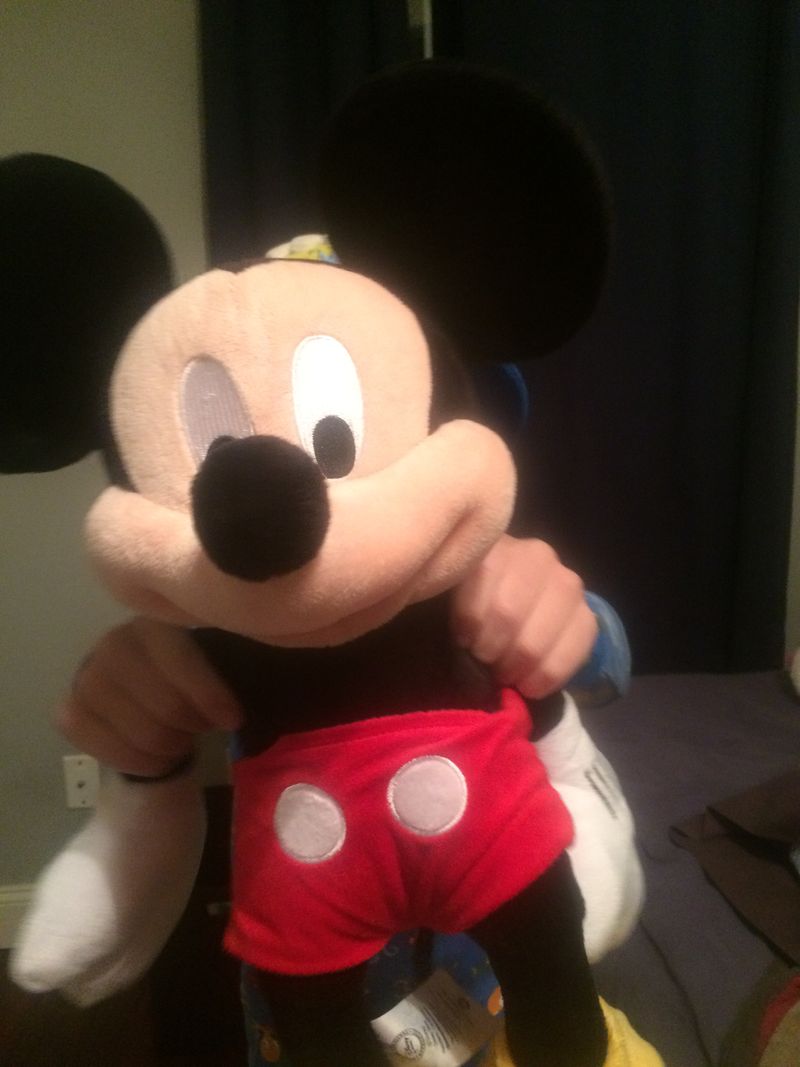 But then he graciously put Mickey down so I could get a picture of his inflamed little face. 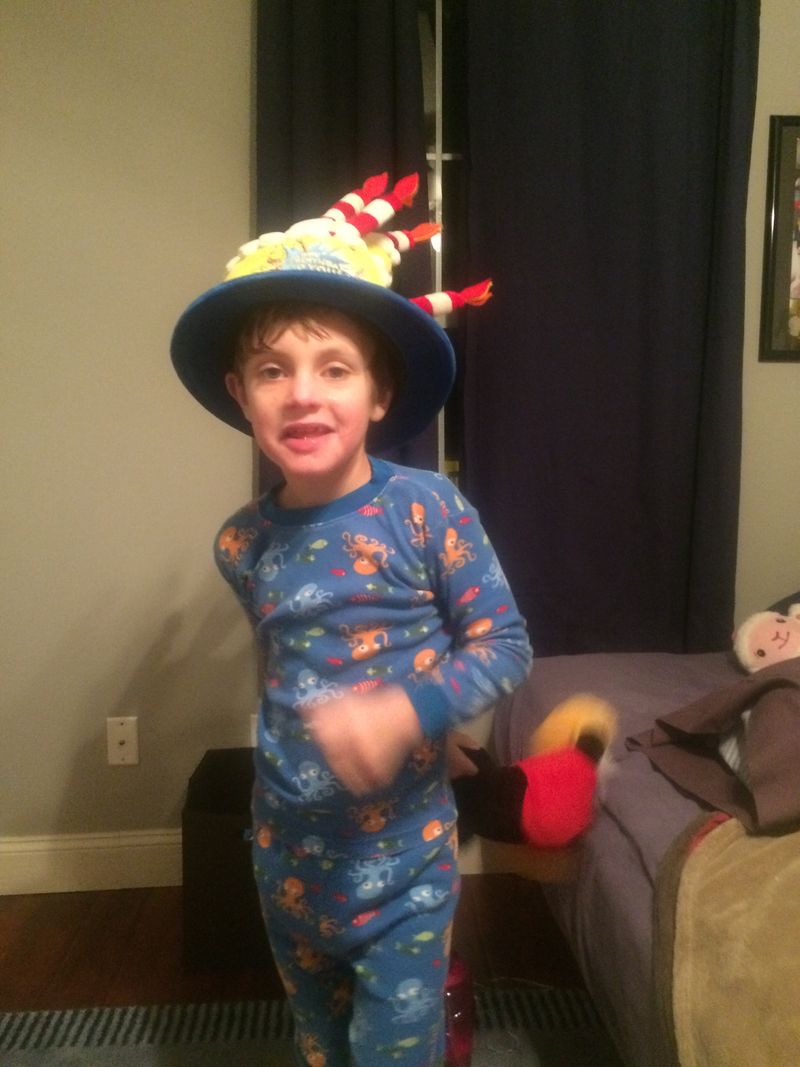 I'm going to get used to this passage of time thing, right?