I am writing from the (indoor) poolside here in the tropical city of Richmond, VA where it is currently 39 degrees and where my children are frolicking with their daddy after a day of watching us scurry around the house being disorganized and anxious. Tomorrow morning we make our yearly holiday trek to St. Louis (through Chicago, knock knock). Which means I'll be drinking very, very early in the day.

Assuming we don't die a fiery death, it will be nice to see everyone. Jeff's parents came to visit just a few weeks ago. They were, as always, enormously useful. They were also, as always, enormously apologetic about not being able to intervene and do more childcare. Kurt, of course, is Kurt. His grandparents are better than most people at deciphering his particular code, but I know and love him better than anyone and there are still plenty of times a day that I wonder what the hell is up with that boy. So they've got their work cut out for them.

Maria, despite having made tremendous leaps and bounds forward in social behavior is still moderately hostile to anyone who is not me, Jeff or Kurt. She did let Grandma hold her a few times here and there.

However,that was a rarity. She preferred to flirt with Grandpa from across the room. That's Maria. She's shy. She doesn't just let people pick her up.

Yes, a random girl on the playground picked up Maria and Maria happily let her. Right in front of the grandparents who had been working so hard to win her affections.

Grandma to Grandpa: "That's it. She's out of the will."

So, because Kurt's the good one now (and because his birthday is in a couple of weeks), they got him a train table and he totally loves it.

Speaking of Kurt, I may have mentioned that he loves a kid in his class named Sebastian. This week at his class's holiday party, we got to see it in action. 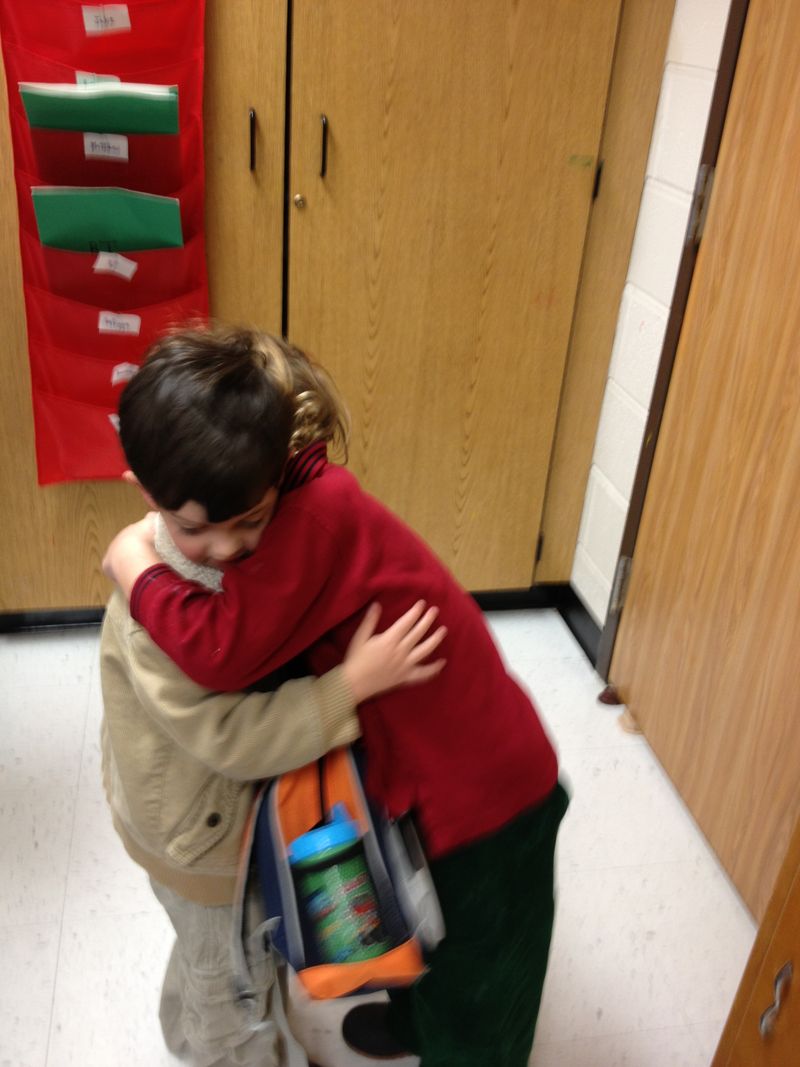 It appears to be mutual. I get the feeling relationships based on a love of toy trucks are easier to maintain.