If all had gone according to plan, we would be on a plane headed west right now. As it is, we are in a hotel room in Boston awaiting a Tuesday flight. Confidence is high that we’ll actually get on that flight. However, since both a hurricane and an earthquake have occurred here in the northeast where things like hurricanes and earthquakes don’t generally happen, I am loath to say for sure when we’ll be home.

The Category 3 Hurricane From The Pit Of Hell that would later become The Category 1 Hurricane From The Financial District Of Hell that was ultimately The Tropical Storm From One Of The Nicer Suburbs Of Hell came and went pretty quietly from our corner of Boston, and I can report that all the Dunkin Donuts appeared to have stayed open, but the children’s museum did not.

So we spent it swimming in the hotel pool, eating, napping and seeing how long a rolling ottoman can amuse a three year old boy (twenty four hours and counting). By five-ish today, the world was dry and safe enough to venture out to the Bunker Hill Memorial, in front of which Kurt is so jauntily posed, and to walk around the surrounding neighborhood to find some promptly rejected bandaids for Kurt’s skinned knee.

We came back to Boston yesterday when it was clear that a rented house in a beach community is not the place to ride out a storm. It was also generally agreed that waiting until the storm hit would be a bad time to start driving, and waiting for the airlines to laugh heartily at us would be a bad time to reschedule our flight. So here we are, neither home nor on Cape Cod, although I must admit, I like Boston very much.

No, seriously, I do like Boston. I had never really been here before. I like American history and the ocean, so in retrospect I guess I should have expected this. It’s supposed to be sunny tomorrow while all the airports unsnarl their troubles, so hopefully we’ll get to do more sightseeing.

But what of Cape Cod, you ask? Oh, it was beautiful. Gorgeous beaches, idyllic cottages, and lots of yummy seafood. So much so that I actually just tried to enjoy it instead of blogging it. I did take pictures with a real camera (as opposed to a phone) of course, as did everyone else, including Aunt Kimberly, who has, like, a real camera, and as soon as I’ve been home more than a day, you’ll see some!

In the meantime, wish away all heretofore undiscovered volcanoes, sinkholes, large green radioactive lizards, and anything else that might keep us from crashing in our own beds Tuesday night. I am much obliged. 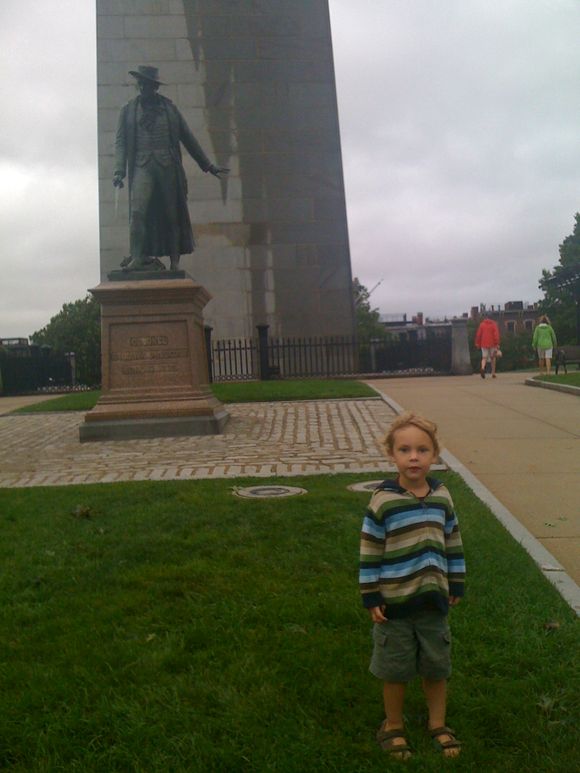