You want to know how nice Santa was this year to me?  Pretty freaking nice.  For instance, I got new, snazzy rain boots, modeled here by a certain boy:

Christmas 2010 was a ride and a half.  There were near misses (passports left behind, then remembered right before we got on the ferry), there were trials and tribulations (getting small children to do nearly anything), there was a broken hip (Jeff's grandmother, the poor thing), there was a decent amount of holiday cheer, and then there were my in laws, running around taking care of everyone, and I do mean everyone.

First, before the festivities really began, my husband found his high school jacket, and I was amused.  I mean, for one thing, yes, that says choir on the sleeve.  I know they don't give out letters for making fake IDs or any other nefarious activities he might have allegedly been a part of, but the  choir letter kills me a little:

Our Christmas was indeed white!  It was beautiful.  Here is Kurt on a slide, pre-snow:

And though his NYC cousins loved, loved, loved the snow, as is evidenced by the following, one of the many, many pictures taken of Sawyer and Luke as they frolicked happily… 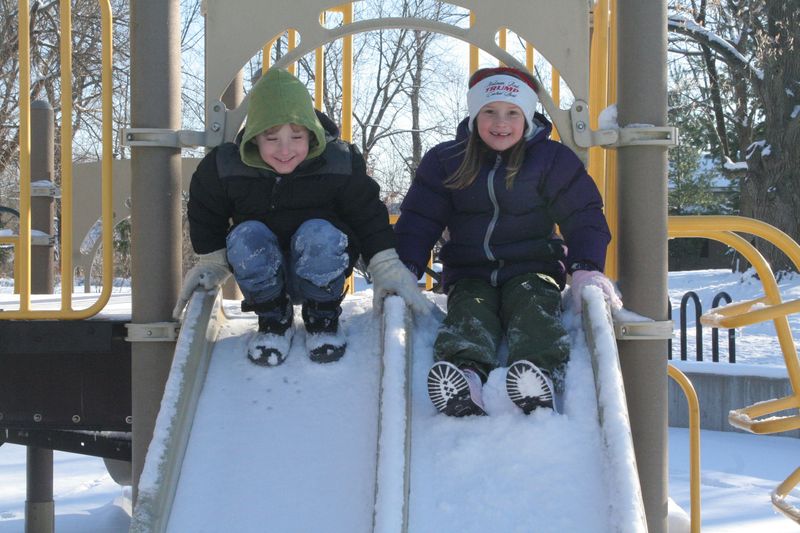 …Kurt really, really hated the snow.  I give you this image of Luke on a slide…

And I contrast it with an image, taken moments later, of Kurt on that same slide:

He did otherwise seem to have a good time, especially when his cousins played any game that had a component of chase.  Kurt loves chase.  It doesn't matter who's chasing whom, as long as it involves running around a house madly.  His secondary occupation over the holidays was making Sawyer do handstand after handstand, after which he would giggle hysterically. She happily obliged, bless her.  In fact, a major shout out must go out to the NYC fam in general for their lovely tolerance of ceiling fans turning on at full blast even in freezing rooms, and lights being flipped on and off, randomly, and at all hours.  Those of us who live with Kurt are used to such things, of course.

On to our gallery of Maria being snuggled.  But first, some screaming baby pictures.  Because the girl can scream:

Maria, in fact, is very fond of both her her Grandma and her Aunt Kimberly.  See?

Meanwhile, Uncle Paul worked harder than any human has ever worked to win a baby's affections, and, occasionally, got a mild acknowledgement of his presence: 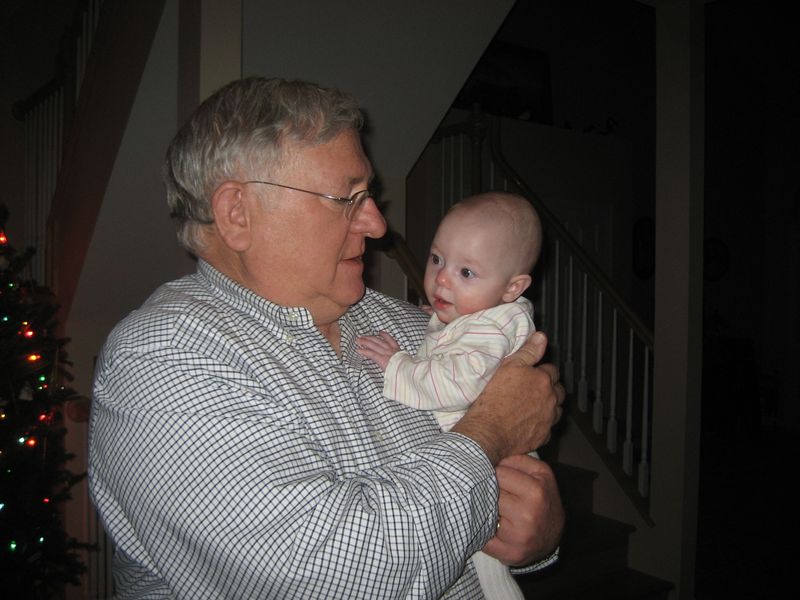 Grandma and Grandpa also got matching pjs for the kids:

On the night before Christmas Sawyer and Luke set out brownies for Santa, and Kurt, the kid on Pacific time, guarded them very, very carefully after the other children went to sleep:

Christmas morning was a chaotic blast:

And falling into no particular category, these are just pictures I like: 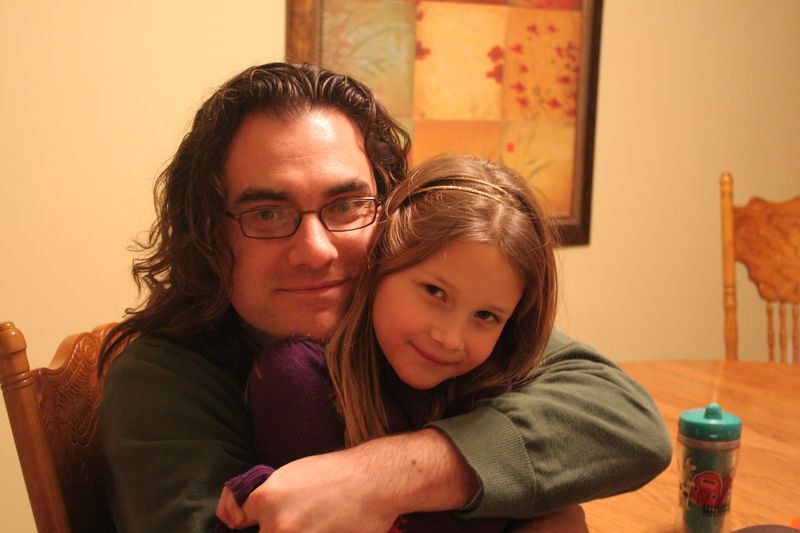 3 thoughts on “33 Pictures of St. Louis (very few of which were taken by me)”