People, pregnancy is kicking my ass, and I am mystified.  I had a job the last time I did this.  How did I have job the last time I did this?  I worked nights, even, which is especially puzzling as I clearly would need fifteen hours of sleep a day to properly function under my current circumstances.  When Jeff gets home in the evening, it's all I can do to raspingly whisper, "Jeff…take boy somewhere…anywhere…for at least a half hour."  And he does.

Thank you, thank you, thank you for the outpouring of support/suggestions for names.  Whoever ends up picking the name we actually use will get a prize (maybe a toddler, depending on how it goes…).  I feel like Elsa should get a special prize for pointing out that her brother's name is Kurt.  Don't think we haven't considered this, Elsa.  Just you wait.

We had the Grandparents Niehaus this past weekend, woohoo!  They played with Kurt, they wandered around the city with us, and they babysat while Jeff and I went to tea at the Empress which was, oh, very cool.  Delicious and relaxing.  After the waiter brought the tea and the tower he asked if we wanted a picture and I said, "Oh, great idea!" and pulled out my phone to snap a picture of the spread.  Jeff said, "Um, I think he means do we want a picture of us."

Yes, that's what he meant. 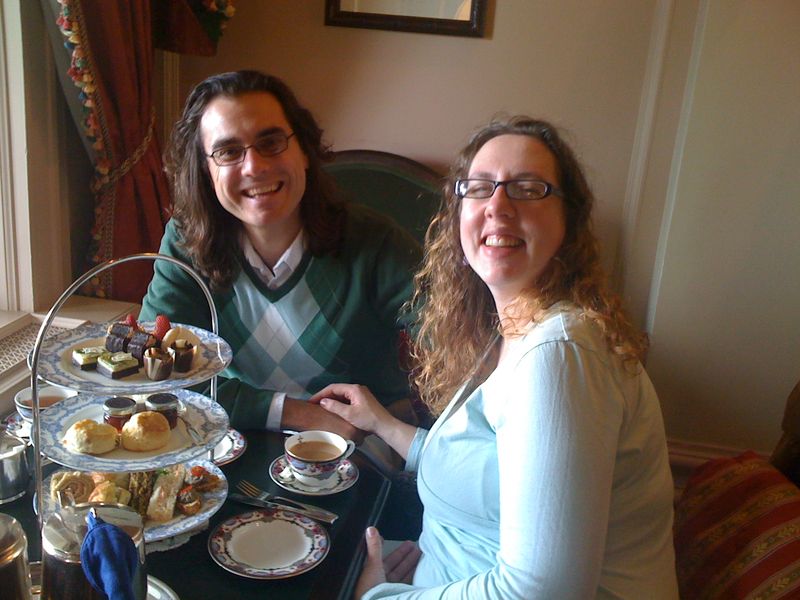 Here are other highlights…. 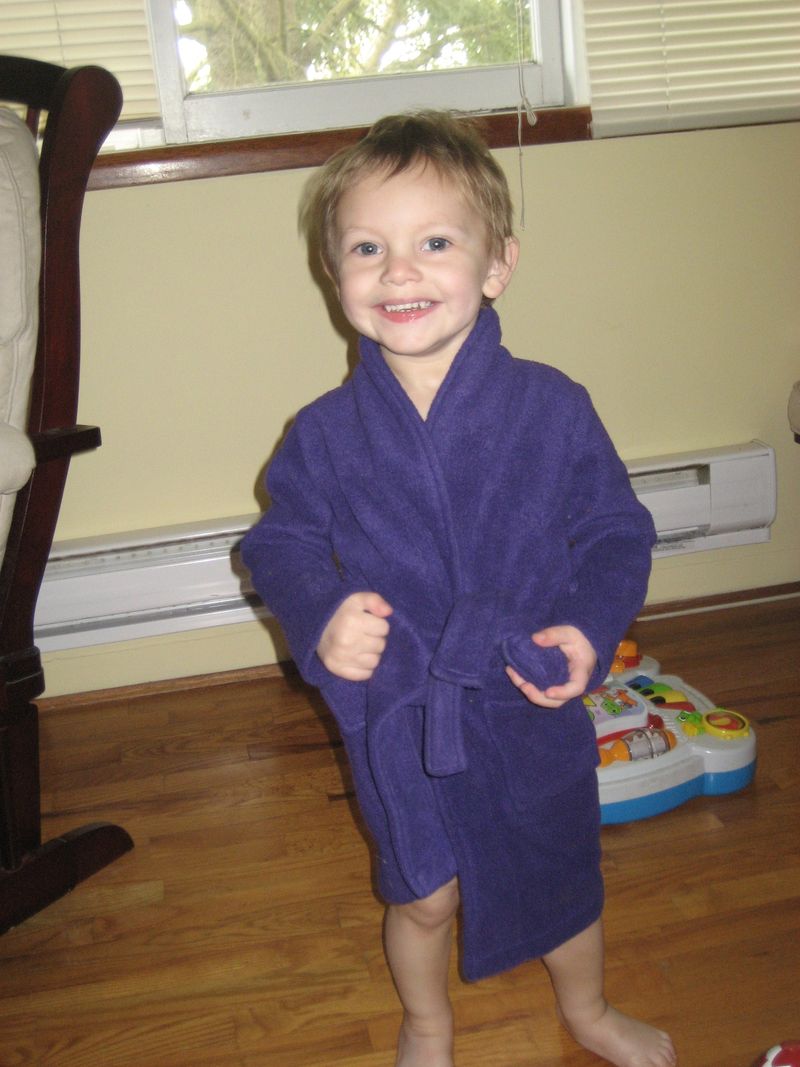 Here's Jeff and me fighting after it looked suspiciously like Jeff had almost let Kurt try to jump off Mt. Doug into the ether.   (There was unseen ledge.)

And Kurt being dragged off said mountain…

Before he realized his picture was being taken…

And Jeff lamented loudly, and with much drama, how saaad it is that he has such a great deck and noooo grill to put on it and how his birthday is sooooo far away, and well, now he has a grill.  Jeff's parents are nice.

SO the visit was good, and while Jeff has no classes to teach, it has become alarmingly apparent that he has to prepare for next semester, because who knew that professors weren't just making it up as they go along in class?  One of the classes he'll be teaching is statistics.  Doing math problems in front of a large group of people seems especially horrifying to me.  I'd rather be naked.  And singing.  And possibly dancing a jig.

Anyway, the boy is also quite sweet.  Speech therapy has been going on for about a month now, and though he loves the goyles who play with him, he is, uh, not talking yet.  He's keeping busy in other ways, though.

1.  He helps Jeff make a fire.  (Separate post about me relenting and letting Jeff play with fire is yet to come.)  Jeff crumples up the paper and hands it to Kurt.  Kurt throws it into the stove giddily.  Kurt hands Jeff pieces of firewood.  Kurt fetches the metal box full of matches and then makes a little gesture like striking a match.  Kurt watches the resulting fire with breathless awe.

2.  Kurt has fallen in love with ducks and all duck related things.  He loves to look at ducks at the park, chase ducks and feed ducks, both the real and rubber variety.  He gets crazy excited when they do anything, like…swim. And….fly.  And…eat.

3.  Kurt wants to, and is trying desperately, to jump.  He can almost get both his feet off the ground in a coordinated movement.  But it requires him to put his arms waaay up over his head.

4.  He has started to point at things, in a hey-this-is-kinda-cool gesture.  I know, I know, your kid has been pointing at things since they were twelve seconds out of the womb, but for Kurt, this is big.  Sometimes he has to look at his hand and concentrate on making a pointy finger first, which, in itself, is pretty adorable.

5.  When you sing the rubber ducky song, he tries to quack along.  It comes out "Quaaaah-quaaaah" really slow.  Never fails to kill me.

8 thoughts on “Joy, Fun, And Seasons In The Whatever”