I had a lovely, social, fattening birthday. The 5.5 of us went out for Mexican food, where Kurt showed an inordinate amount of interest in the menu.

But of course he settled on his usual. 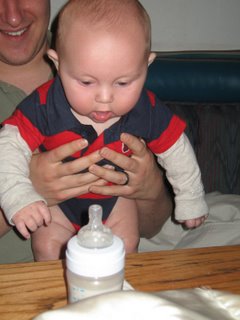 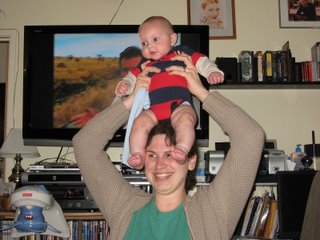 We were joined by Fudgie the Whale, who was yummy. 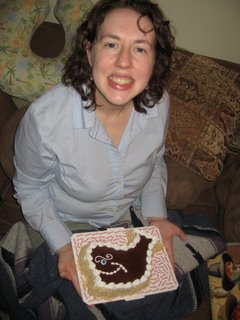 Kurt rolled over the other morning. Tummy to back. I think it started out as intentional, trying to look at me as I spoke. But in the middle, right about at the point of no return, he got this "Oh, shit" look of fear on his face. He has not done it again, despite my attempts to perfectly recreate the circumstances, right down to the song that was playing. Of course, he was also still in his pajamas the morning when he did it, so there's a part of me that wants to dig those pjs out of the laundry in order to perfectly perfectly recreate the circumstances. Sometimes I have to tell that part of me to shut up and get a grip.