Yesterday we celebrated Jeff's grandparents' 65th wedding anniversary. The party was held in the old schoolhouse at Salem Lutheran church in Blackjack, Missouri. Jeff's grandfather Lawrence went to school once upon a time in the very same schoolhouse. Later he married Jeff's grandmother, Louise, in the church. Much, much later Jeff's aunts Ellen and Nancy married his uncles Steve and Gary in the same church. And then even later than that, four years ago in fact, Jeff married ME there.
So, there's family history in the place. The party was beautiful and very well put together by Marlo and Aunt Ellen. There was a slide show of Lawrence and Louise's last sixty five years that turned every female in the room into a pool of goo. And of course, there was food and many, many pictures. Most of them speak for themselves, but I will illuminate a few characters. Below we have the Lukens women: Jennie, Laura, and Aunt Ellen. 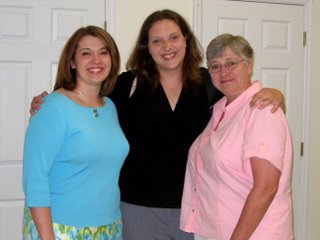 This is Ashley, super baby extraordinaire of Jeff's cousins' Dave and Rachel: 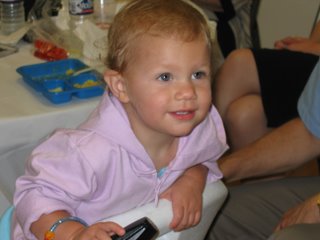 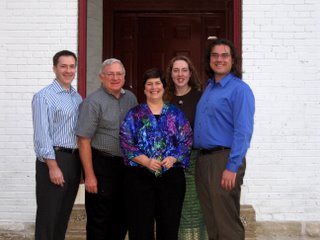 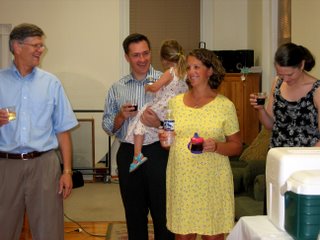 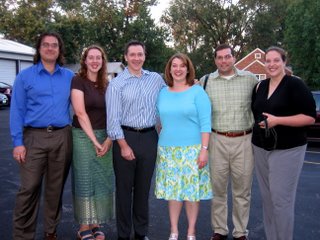 The grandparents and their great grandchildren, who were mostly very good about having their pictures taken: 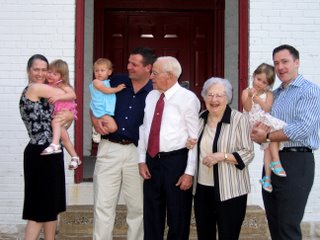 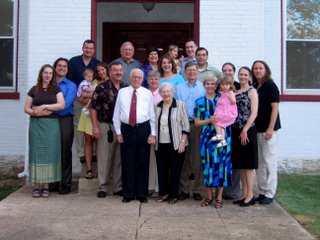 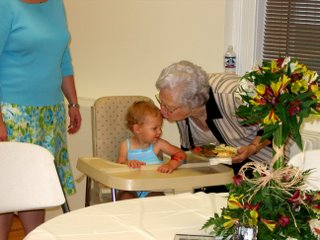 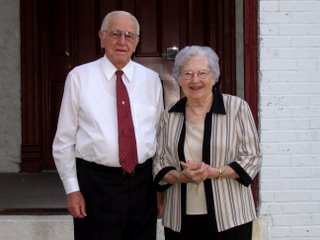